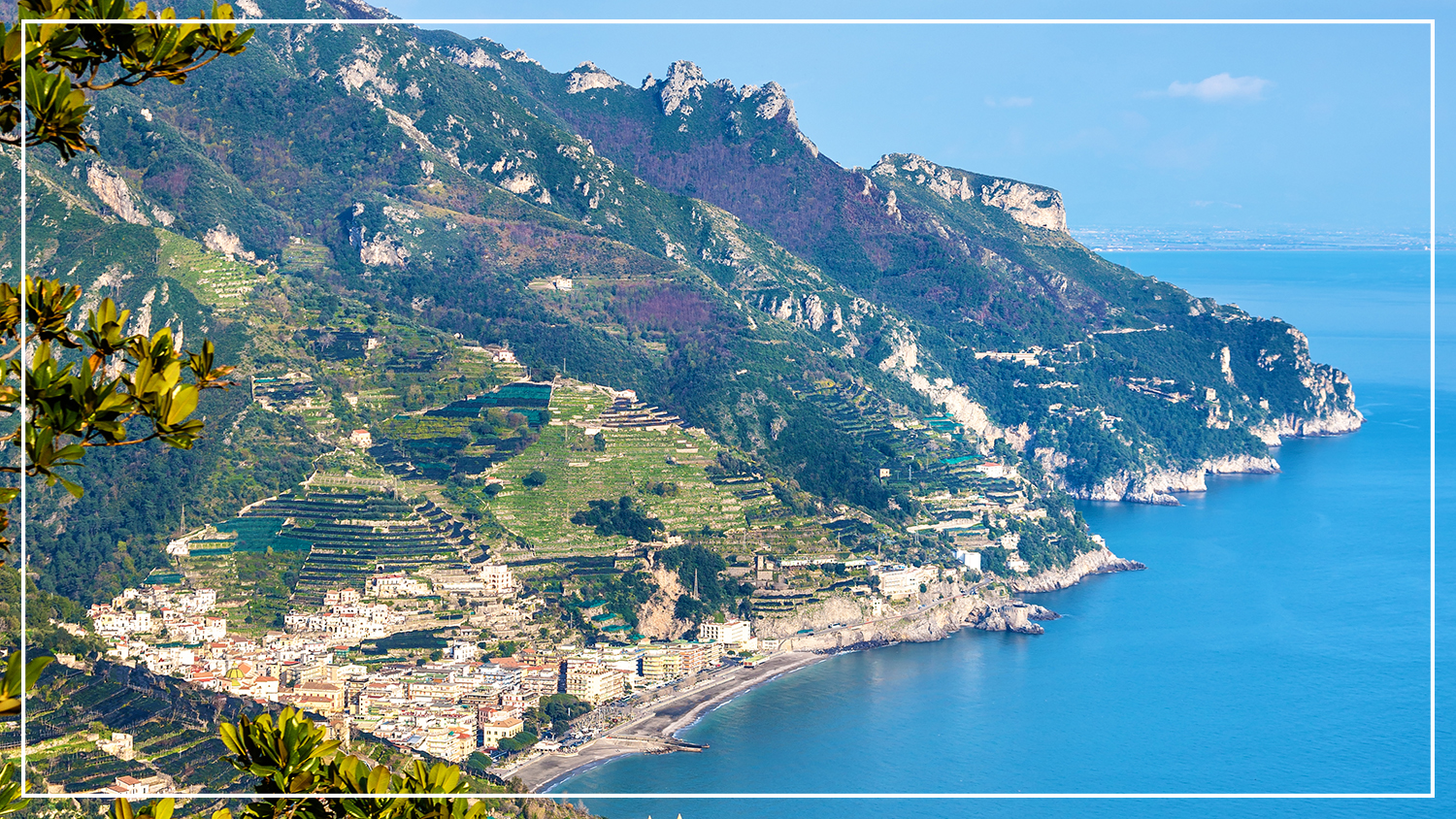 Best known around the world for its pizza, Campania’s exuberant cuisine has influenced all the regions within Italy and around the world. There is more to be known than just Neapolitan style pizza and water Buffalo’s mozzarella; vegetables play a large part in the Campania cuisine. The fertile soil provides bountiful amounts of food                 including tomatoes, eggplants, peppers, garlic and herbs. As in every region within Italy, Campania has an impressive array of grape varieties, some of which are found almost nowhere else on earth. Take a journey to Campania with this expertly paired food and wine menu.

48
Pale lemon-green in color, aromas of ripe pineapples and citrus fruits are complemented by undertones of white flowers. On the palate, zesty acidity and persistent notes of honeysuckle and toasted almond.

45
Intense ruby red in color with a bouquet of full, complex and intense aromas of prune and berries with spiced notes. Warm, elegant and persistent on the palate with great structure.